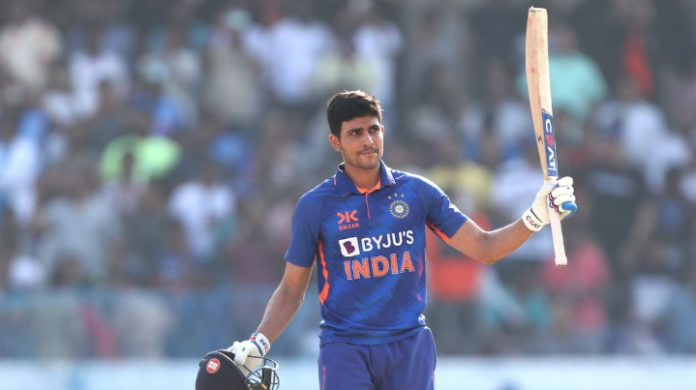 Most Runs In A 3-Match Bilateral ODI Series

Shubman Gill achieves this milestone during the New Zealand tour of India 2023 T20I series. During the tour, both teams are scheduled to play 3 ODIS and 3 T20Is. Playing 3 ODIs Subman Gill scored 360 runs which include a double century, and a century.

Most runs in a 3-match bilateral ODI series:

Ahead of the 2022 IPL auction, Gill left the Kolkata Knight Riders and was drafted by the newly formed Gujarat Titans franchise. In September 2022, Gill was signed up by Glamorgan as their overseas player for the remainder of the 2022 County Championship season.

Jaswinder Singh - January 30, 2023 0
Jasprit Bumrah and Shaheen Shah Afridi are arguably the two best bowlers in world cricket at the moment, and both pacers are the leaders...

Jaswinder Singh - January 30, 2023 0
Shafali Verma and the team were hailed by BCCI’s President Roger Binny for winning the Under-19 T20 World Cup on Sunday at Senwes Park...

Get every cricket updates! Follow us onDhaka Dominators will tussle against Rangpur Riders in...
India Cricket

Shafali Verma and the team were hailed by BCCI’s President Roger Binny for winning...