Defending champions Multan Sultans finalized their squad for the PSL 2022  after participating in the players draft on Sunday. They picked Tim David, who was previously with Lahore Qalandars, in the platinum category.

The other notable picks for Multan Sultans in the players draft include West Indian duo of Odean Smith and Rovman Powell, and Pakistan trio of Anwar Ali, Imran Khan Snr and Rumman Raees.

Here is the final squad for Multan Sultans for PSL 2022 (PSL 7) in different categories: 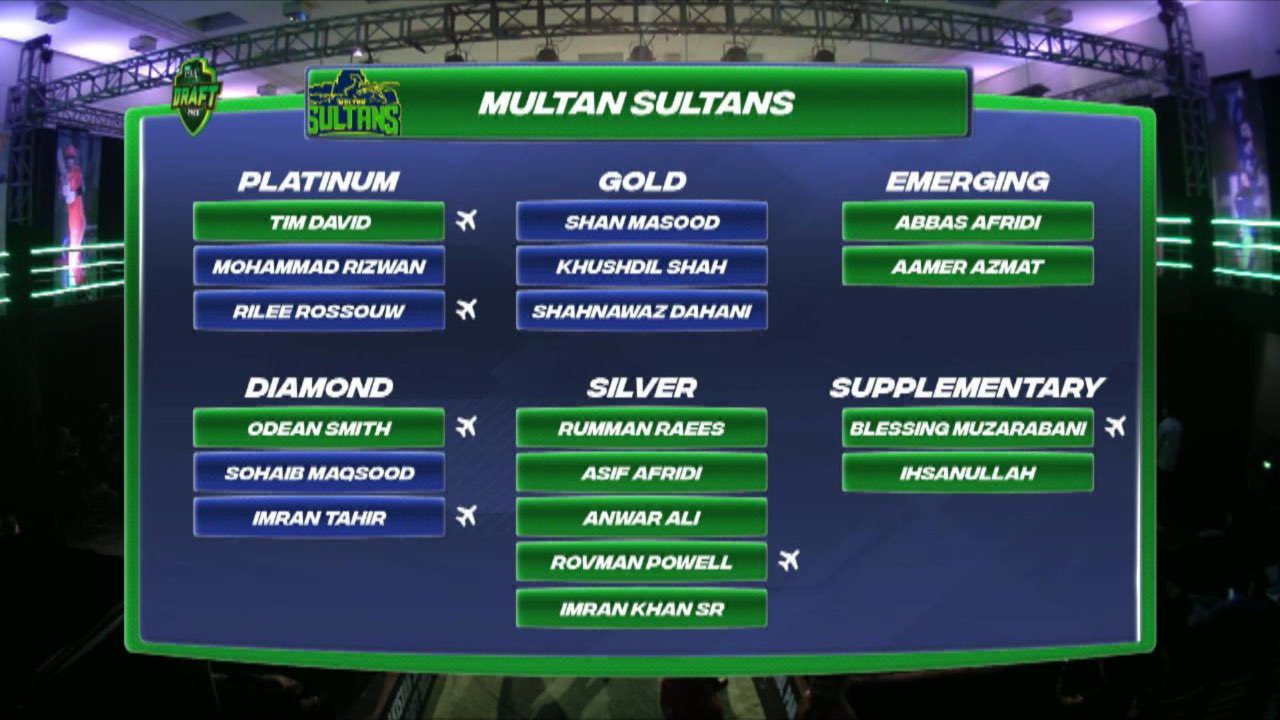 Pakistan Super League, which is also known as PSL, is all set for its 7th season. PSL 7 will start from 27th January 2022 with the finals to be played on 27 February in Gadaffi Stadium, Lahore.

Multan Sultans will start their campaign in PSL 2022 (PSL 7) against Karachi Kings on 27 January 2022 in Karachi. Check out Multan Sultans complete schedule here.