Quetta Gladiators have announced their final squad for the upcoming Pakistan Super League 7 (PSL 2022 or PSL 7). In the players draft which was held on Sunday in Lahore, Purple Force added England’s Jason Roy in Platinum category. They also added notable players like James Faulkner & Ben Duckett to their complete squad.

The new recruits will play in the PSL 7 (PSL 2022) along with James Vince, Sarfaraz Ahmed, Iftikhar Ahmed, Mohammad Nawaz, Shahid Afridi, Mohammad Hasnain & Naseem Shah which were retained by the team.

Here is the complete squad of Quetta Gladiators for PSL 7 (PSL 2022): 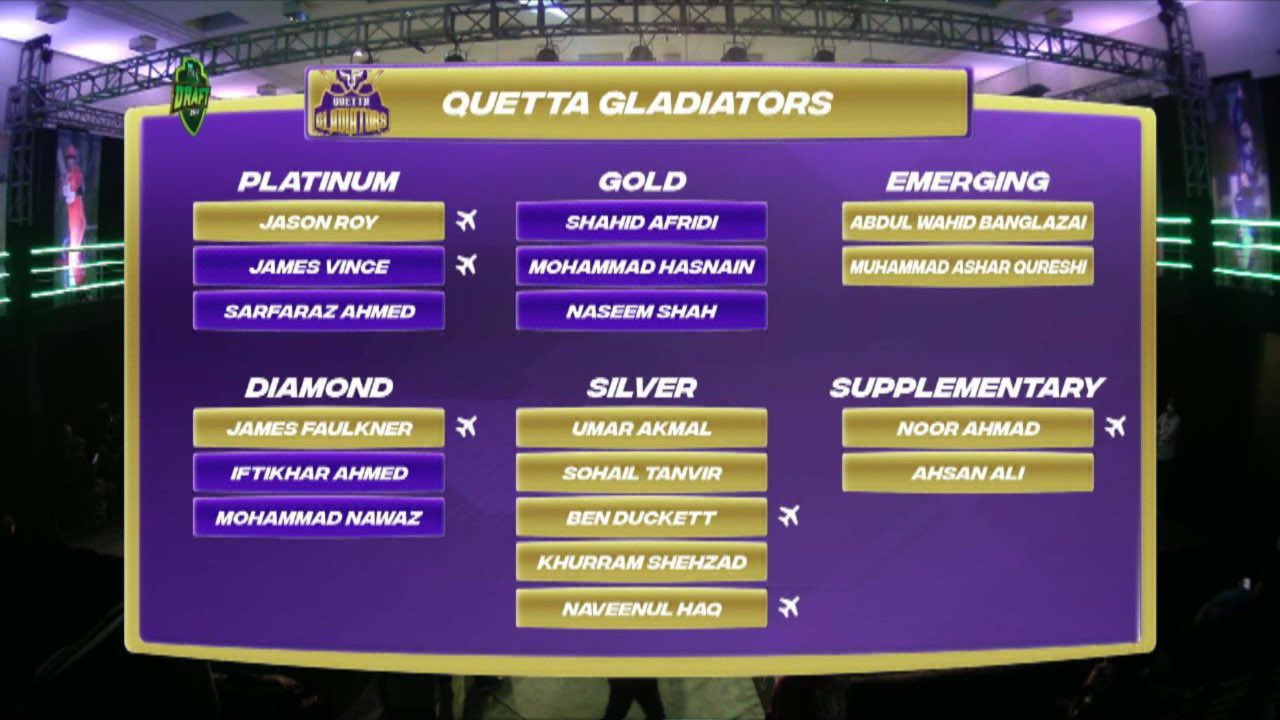 Quetta Gladiators will start their campaign in the PSL 7 (PSL 2022) against Peshawar Zalmi on 28 January 2022 in National Stadium, Karachi. Check out Quetta Gladiators schedule in PSL 7 here.

Here is the complete squad: