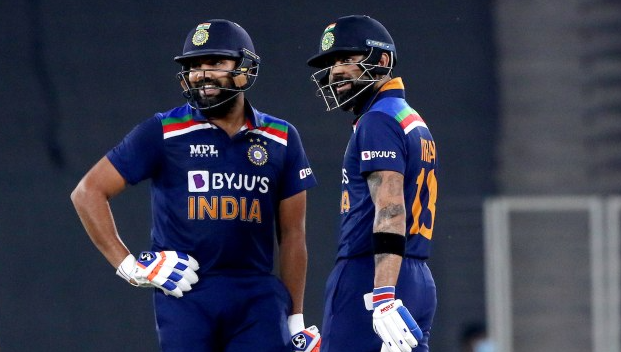 Why Virat And Rohit Omitted from NZ T20I Series: India’s omission of Virat Kohli and Rohit Sharma in India’s T20I series against New Zealand creates a lot of controversies among the cricket family.

In a move of keeping a full stop to the rumours, Indian head coach Rahul Dravid said both have been rested with the intention to give them a rest.

Why Virat And Rohit Omitted from NZ T20I Series

The star batters absence from two successive series had initiated the rumours that Hardik Pandya would take over as regular T20 captain. Pandya led the team to a 2-1 T20 series win over Sri Lanka earlier this month and has been named captain for the New Zealand matches which start on Friday.

Speaking ahead of the final one-day international against New Zealand on Tuesday, Dravid said India would prioritise the 50-over format going into this year’s Cricket World Cup.

“There are certain priorities we need to give to certain white-ball tournaments,” said Dravid, whose team already have an unassailable 2-0 lead in the ODI series, told reporters in Indore.

India host Australia for four Tests starting February 9, followed by three ODI matches. “So the priority after last year’s T20 World Cup has been these six games and Virat has played all these six games and he will get a bit of a break along with Rohit,” Dravid said, referring to the ODIs against Sri Lanka and New Zeland.

Dravid was pressed further on India’s plans for a split captaincy in different formats. “That’s a question you need to ask the selectors but as of now, I don’t think so,” the 50-year-old said.

India won the first 2 ODI matches and seals the victory while the third match of the series will be played on January 24 at Holkar Cricket Stadium, Indore.